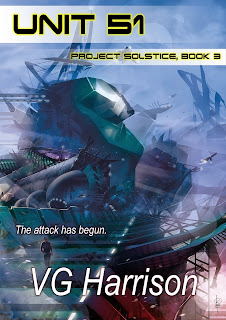 Posted by Unknown at 5:00 AM No comments: 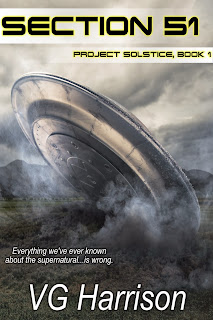 This story is surprisingly good. It's very easy to read, it moves very quickly, and it will certainly keep the reader, whether science fiction or paranormal fan, very interested."
Posted by Unknown at 4:48 PM No comments:

Hey, everyone! Check out my first interview at Author Hour. I'm talking about writing, Project Solstice and a few other things.

In other news, I'm hoping to have an update of Unit 51 and Space 51 soon. I just need to get through the usual promo stuff that I'm lining up in the weeks to come.
Posted by Unknown at 4:43 PM No comments:

Email ThisBlogThis!Share to TwitterShare to FacebookShare to Pinterest
Labels: interview

I just finished reading an article about book prices. It seems that tis the season for pricing books cheaply a few weeks down the road or the closer we get to the holidays, thus screwing over customer who might have bought books at a higher price when it first came out. That's like me pricing my books at $2.99 and lowering the price to $0.99 as we get closer to Christmas.

So here's my disclaimer...

First, I'm trying to make a living out of my writing. So, I'm not a fan in the $0.99 price point. Sure, it might be good to let Section 51 be a lost-leader--and I thought about it right before I published it. But, that just doesn't make sense to me or my financial goals. I certainly have a hard time wrapping my brain around authors who box up ten books and sell the whole kitchen sink at $0.99. I think it has something to do with hitting the NYT Bestseller list or some other prestigious list and reaching more readers. I've also notice that many authors who hit those lists use that to accolade to acquire an agent who normally wouldn't touch them. To each is own. Honestly, I don't care about lists or agents. I care more about making a profit.

Second, it seems like--and I could be wrong--$0.99 has been considered the bottom of the barrel. I don't see in that way. Despite what I said above, I don't see it that was. There is a logical strategy behind it, even if I don't agree with it. In fact, the same has also been said about $2.99 being the upper bound of the barrel's bottom. Even though the purpose behind my price point was to make my books somewhat affordable in an economy that's coughing its way to recovery, it won't last forever. As I look at how well each book in the series sells, there's a chance I might raise the prices to $3.99, except for the new releases. Those will always start at $2.99 and stay that way for a period of time before joining the older books. Also, and as crazy as this might sound, I like to keep an eye on the economy overall. That will always play a part in my pricing decisions. I already know I'll isolate some buyers with my decisions, but I don't want to discourage everyone who's looking for a good read. This is my business, and like many retailers, I'll treat it as such. I'd like to make a profit, too.

First, I have to thank everyone again for purchasing a copy of Section 51, Department 51, or both. I had set my expectations extremely low in terms of selling any copies. I'm proud to say that my expectations have been amazingly surpassed. :-)

So what does this mean for Unit 51? It means that I'll be working on the edits this weekend and hopefully getting it off to my beta readers to go through. Plus, I still have to contend with the cover art and blurb. There's also the issue of getting Space 51 completed. Again, I'm only about halfway through that book.

In the meantime, I've been thinking about some advice a friend had given me. By the ways, she's an incredibly successful YA author who's been down this road. Anyway, she said I should have a second series in mind as I'm writing this one even before it finishes. I think I've decided on that second series already, which will take about fifty years into the future where the planet is more "alien" than ever. Drastic changes will lead to drastic decisions, and our new heroine will be lucky if she can live long enough to find the right answers.

Okay, so that's my sorry attempt at trying to sound mysterious. Honestly, I'm still working out the plot in my head and hoping to have at least three books out of it.

So that's where things stand right now.
Posted by Unknown at 6:00 AM No comments:

UPDATE TO THE UPDATE: Both Barnes & Noble and Kobo are online! It's officially release day. Now, to go work on my newsletter.

UPDATE: Section 51 and Department 51 are currently available at Amazon and Smashwords. I'm still waiting on Kobo and B&N. Hopefully, it'll be soon. Although, I had to start from scratch with Kobo because I couldn't find my books. That one might take a little longer.

Happy Release Day for Section 51 and Department 51! They should be available to the general public in e-book sometime today. I uploaded both books last night to the various places where I knew it would take anywhere from 12 to 48 hours to post on each website. I'll return to this blog throughout the day to keep you updated as they become available among the usual suspects like Amazon, Barnes and Noble, Kobo, and Smashwords.

I don't know what's going to happen to them in terms of sales, and I'm not about to speculate either. All I can do is hope for the best and see what happens. There have been so many stories about indie publishing that I don't follow them anymore because it's really anyone's game these days.

In the mean time, I'm going to busy myself with trying to finish Space 51, which is book number four. Unit 51 has had its first pass-through with my editor, but I haven't mustered up the courage to see the damage yet. Hopefully, it's not too much and I've learned some lessons along the way with book one and two.

In the meantime, happy reading and a HUGE thank-you in advance to anyone who purchases a copy. 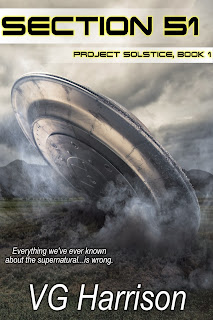 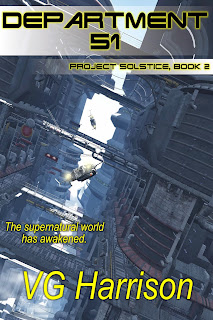 Posted by Unknown at 6:00 AM No comments:

I know it's been a while since my last post, but this is what I've been up to over the last few weeks. Well...other than Halloween. Release Date: November 12th for Section 51 and Department 51. 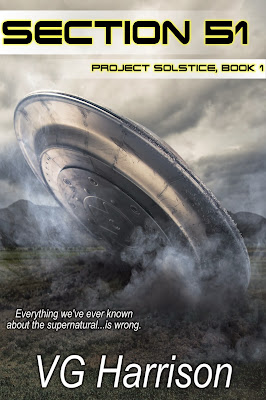 Empath Ava Frost is searching for her triplet brother, Ian, who’s disappeared without a trace. When she learns he’s been murdered and his death covered up, she also discovers a terrifying secret that could endanger billions of people across the planet…
Skinwalkers, vampires, and werewolves – the entire supernatural world, in fact – are the result of breeding between humans and aliens who crash-landed on earth thousands of years ago. Now, Section 51 is a super top-secret facility dedicated to splicing alien genes with human ones to create an unstoppable army of soldiers.
Determined to hunt down her brother’s killer, Ava inadvertently becomes the target of Colonel Briggs, the megalomaniac in charge of Section 51. He has plans for Ava’s unique abilities…plans that would give him the key to world domination. And if she doesn’t unravel the mystery Ian left behind, Briggs will splice it out of her as well as her last surviving brother. 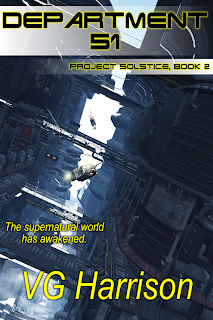 Ava Frost has spent the past three months mourning the death of her brother, Ian, but now she’s facing criminal charges from Department 51 – charges that could put her in federal prison for the rest of her life unless she accepts their "work-release" deal.


She can hardly stand working for the organization she blames for the death of her brother, yet while on the Department 51 base, she makes a chilling discovery… a sentient, complex computer program called Ian 2 has been imprinted with her brother's anagrams. More shocking, the computer is linked to her brain, sharing the same organic metal as her cybernetic implant.


Department 51 wants her to disable Ian 2, but when an alien craft threatens the Earth, Ava discovers her brother’s computer program may be the only key to deciphering the invaders’ intentions. Can she use Ian 2 to stop the alien invasion? Or will she be forced to save herself when a band of supernaturals try to remove her implant and Ian 2 can't reach her?